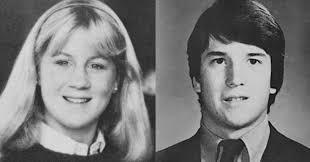 This issue of The Elephant has been a very long time in development. And in these final days, as it has come into existence, the internet is flooded with the Kavanaugh and Blasey Ford hearings and the country’s response. Blasey Ford’s testimony about the sexual assault she remembers at the hands of Kavanaugh when she was fifteen has stirred many women to speak up and out – many for the first time – of their similar experiences. This has kept me riveted to the news and, yes, to Facebook.

We know who we are in part by knowing what we are not. We categorize others. We navigate a social world defined by contrast and division. But of course it is, potentially, a continually evolving landscape. Every change of circumstance or shift in perspective melts some barriers and forms others.

Right now there’s a great divide being breached: from silence to speaking, from hidden to open. Women (and I hope men as well but I have not heard as many of these) are revealing publicly the stories they have harbored inside, where they do corrosive damage, often for decades. This is forging a great sense of unity and bonding among many women who might otherwise have felt they had little in common.

So, what is the greater problem? Is it the wrongness of others that’s the problem? Or is the problem how easy it is to lose sight of what we share compared to what don’t? I honestly don’t know… it’s a question I’m struggling with.

The next issue of The Elephant (and let’s hope it does not take quite so long!) will be on the theme ‘United’. As always, the theme is to be interpreted figuratively or literally; I look forward to learning from your perspective.