“What’s made you who you are today?”

Randy cuts an unimposing figure. He’s discretely built, even a bit stooped, but there is a quiet gravity to his presence. Randy is the sort of person who, in a busy room, would sit placidly in one spot and gradually accumulate a crowd.

At 18, Randy has a resume of accomplishments extraordinary for someone of any age. A brief overview:

He is fresh out of the Lang Youth Medical Program, an intense and competitive academic enrichment program for students in 7th through 12th grade, which essentially amounts to a comprehensive dose of medical school. The program is  a collaboration between Columbia University and NY Presbyterian Hospital and the students who are selected commit to six years’ worth of supplementary classes (in addition to their regular high school load), as well as working every Saturday and every summer in labs and in the hospital.

Upon joining the program, Randy selected neurosurgery as his first rotation. At 12, he watched his first operation on a person’s brain; the experience cemented his determination to become a neurosurgeon.

Randy has also already had a scientific paper published in a peer-reviewed journal. As part of the team studying the physical trace of fear memories (research led by Dr. Christine Denny of Columbia University), Randy and a Columbia University student were first and second author of “Improved specificity of hippocampal memory tracing,” which appeared in Hippocampus Journal, a journal of neurobiology.

Another area of unusual accomplishment: photography. Every Thursday, as a respite from his relentlessly academic schedule, Randy took the A train down from Washington Heights (top of Manhattan) to Chelsea to attend an instruction and apprenticeship photography program. Randy started taking commissions. His specialty was first-birthday parties, but he also did weddings. For one particularly lavish one he was flown down to Florida for the weekend.

In 2015, when he was 16, Randy’s photo “Draw,” (hands moving across a gaming table in Chinatown), won first prize at the national level in the Scholastic Art and Writing Competition. The photo was hung on display in the Metropolitan Museum of Art.

Also that year, Randy spearheaded the first international trip taken by a New York City public school group. In his high school he had founded the Critical Theory and Social Justice club; they discussed issues of racism and diversity. Many of the group’s members had never been overseas. Randy – who until joining the Lang Scholar program had spent every summer either in the Dominican Republic, where he has much extended family, or in Europe, where his father lives – felt that those students who had never left the United States were deprived of important perspectives on these topics. The group set their sights on Cuba. In Cuba racism is illegal, and they wanted to experience best they could what impact such a position might have on society.

It took monumental effort. But after hundreds of hours on the phone with various higher-ups in the State Department, and a tremendous grassroots fundraising campaign, they made it. Ten students spent 10 spectacular days in Cuba. They learned, among other things, that a prohibition on racism does not necessarily preclude prejudice and presumption, especially as pertains to class.

For Randy a highlight of the Cuba trip was a meeting and discussion (over cigars) with Dr. Lazaro, chief surgical officer for the Havana Medical Center, long time physician for the Castro family and medical mentor and teacher of international repute.

So, I ask of Randy, where was the adversity? In this litany of gilded experiences, how is adversity the defining force?

Of course, there is more to these achievements than meets the eye. For one, there is the hard work. Not just the dogged persistence to make the Cuba trip come to pass, or the daily dedication to the Lang Scholar program – but even in photography: creativity and affinity only partially account for Randy’s success. The goodwill of his mentors and the work that was offered him was a result of his reliability and his willingness to work diligently, regardless how menial the task.

Also, there’s the emotional weight from some of the more difficult experiences in the hospital. The geriatric division and the burn unit were the saddest, he said. Especially the burn unit, with their huge elevated wash tables, and the palpable pain of the patients, and the smell. Randy has tremendous respect for the doctors who work in that unit. That level of service – helping people in utter need – is a measure he is determined to reach in neurosurgery.

When Randy was 14, he witnessed his first death. It was a young boy, and he died of an asthma attack in the hospital hallway. These things, he said, you don’t forget.

But the difficulties that have really shaped Randy are more personal. His commitment to the scholar program taxed his relationship with his father. Also, while he was working in the hospital as a scholar – wearing a lab coat and often mistaken for a doctor – his mother became very sick. While she was hospitalized Randy would attend school all day, then do his shift, then spend the night in her hospital room. So at the same time Randy was training to be part of the medical system, he was experiencing that system from the other side. Some people, he said, become doctors because they want to care for and cure people. Others are there for prestige and money. When you are sick, or a loved one is, you know which is which.

At the end of his senior year – just one year ago – an aunt who Randy was very close to died suddenly and unexpectedly. She died at a family gathering – one that Randy’s grandmother had urged him to attend but from which he had demurred in favor of a graduation party. If he had been there, he wonders if he could have saved his aunt. He could have administered CPR. She might have lived. This speculation haunts him.

It was in large part because of grief – and a sense of needing to rest and to heal – that Randy choose to attend a small, rural college in far upstate New York. It’s an unlikely choice in many ways – foremost among them that the school is historically known for its culinary and forestry programs – not pre-med, or even biology. But, the campus is on the shores of a clean mountain lake and surrounded by forest and mountains and a pure sky. Randy felt weary; in nature, he thought he would find rest. “I came up here to learn to be happy,” Randy said.

Indeed, Randy has climbed some mountains, he’s explored the woods (even gone deer hunting with newly forged friends), and gone on trips to farms and small towns. But the rest and contentment he hoped for have been elusive. At the college, Randy has encountered a provincial perspective on Brown and Black people that is, at best, innocently ignorant – and at worst, proudly racist. It isn’t that he hasn’t encountered racism before – at events in New York City he’s been thought to be part of the grounds crew, or cleaning staff, and was once kicked out of a building because he didn’t fit the demographic of those who rode the elevators to their apartments. But the culture at this college, where many students come from predominately White communities and are first in their families to attend college, is a new experience.

Also, the college is struggling financially. This underlies other conflicts across campus: tense disputes over the worthiness of projects, oscillating resentment and resignation, divisiveness, disappointment, and fear.  Not all students are necessarily aware of all this, but Randy is.

Within less than a semester Randy found himself drawn to the front of various efforts pushing for change and reform. The director of student life pressed him to become an RA, and despite that he was brand new, and a freshmen, he was put in charge of an upperclassman dorm and urged to develop culturally educational programming. He was invited to take a leadership role in a diversity and inclusion group, and he has met, repeatedly, with the president of the college to urge her attention on problems students are experiencing.

So here’s the thing about Randy and adversity: Where there are problems, Randy is part of fixing them. The same qualities that account for the remarkable experiences and opportunities in his life, also bring him face to face with challenges that are worth battling. Randy is diligent, careful, curious, and inquiring. He’s sincerely appreciative of others, but discerning in his judgement and an independent thinker. He describes himself as a cautious person, even prone to worry, but is at the same time confident in himself and fearless when it comes to, as he put it, taking “the right risks.” So, because he is the sort of person who seems that he can do the job, the job is given him. Because it seems he can handle responsibility, it is expected that he will. Because he speaks up for what is right, he is depended on to do so. Randy is shaped by adversity because encounter with adversity is an inevitable consequence of his character and his perspective.

In our first conversation Randy told me how riding bikes had opened New York City to adventure and exploration for him and his friends. He also told me how he’d learned to ride, and the story encapsulates the tension between good and challenge that characterizes so much in Randy’s life. At first he’d been a reluctant student – averse to the falling that his uncle assured him was a necessary part of the process. The reason he did eventually learn was because of the dogs. In the Dominican Republic there were many free-roaming and feral dogs. When Randy started peddling, they chased him. He leaned to ride – and it was good – but he learned because of the dogs snapping relentlessly at his heels. 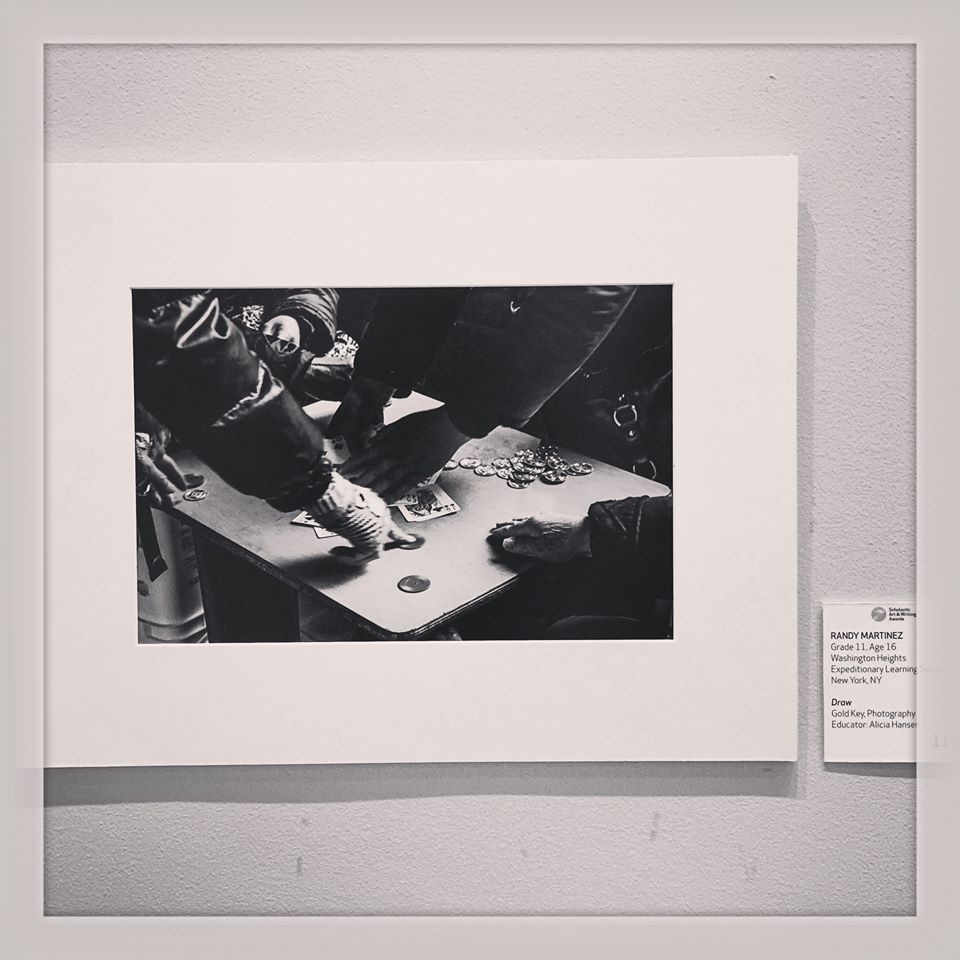 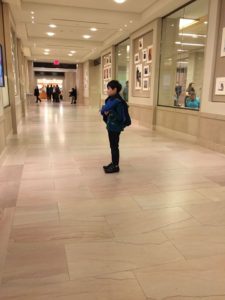 “Randy, do the museum know you put your picture here?” – Randy’s babysitting charge, upon seeing Draw at the Met 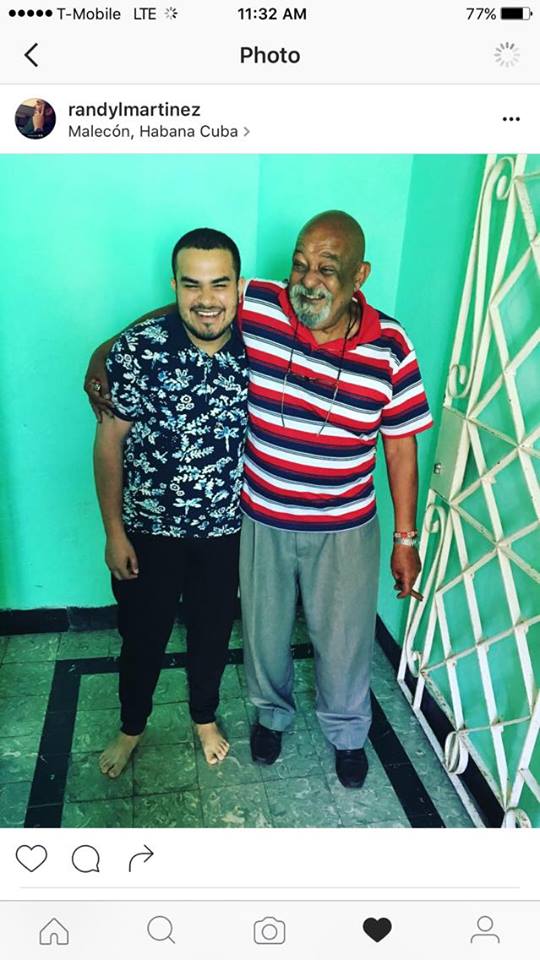 With Dr Lazaro, in Cuba

2 thoughts on “Take On Adversity: Interview with Randy Martinez”