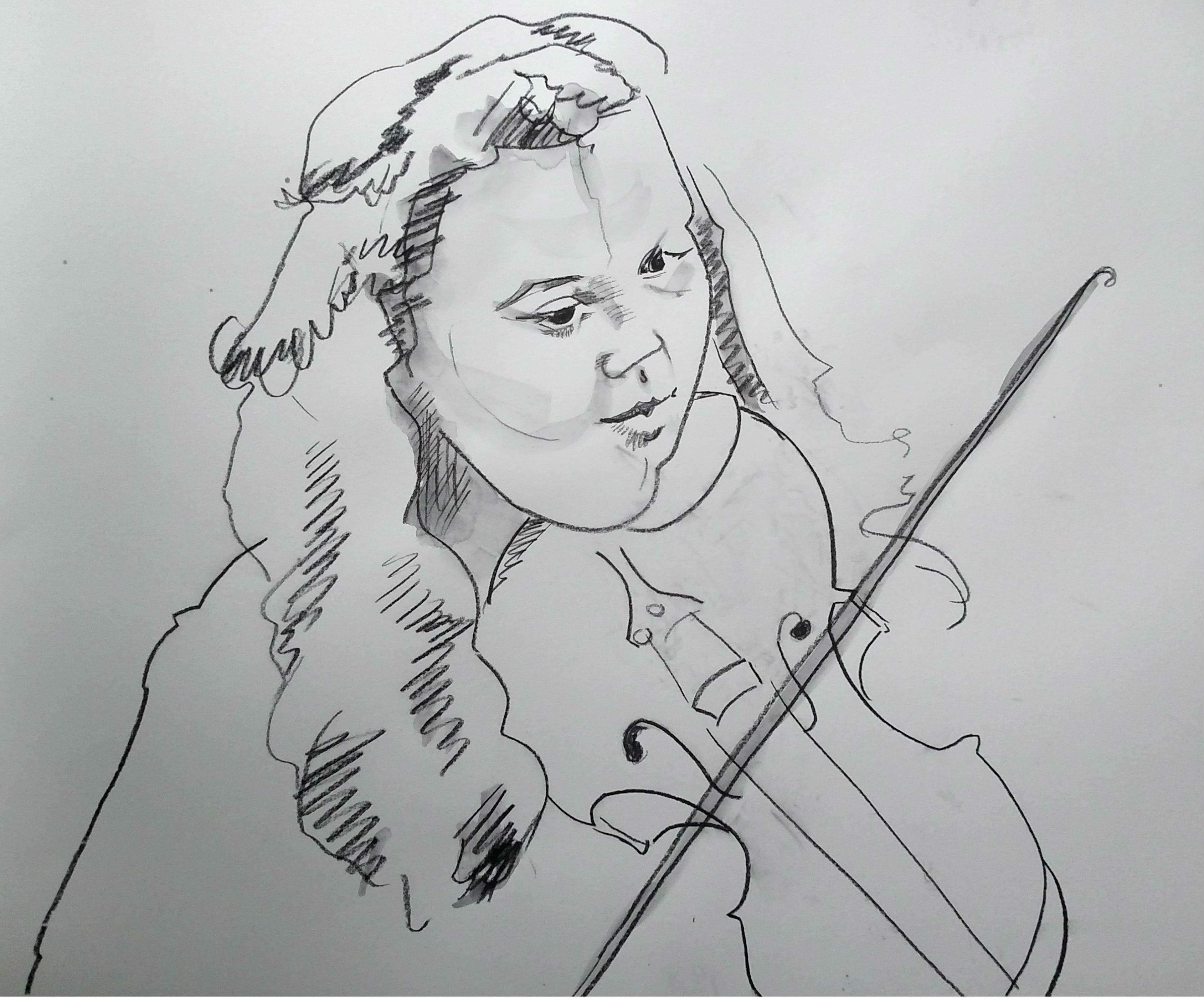 Isabella Padrón, who goes by Izzy, grew up in a home full of music: Celtic ballads, Broadway musicals, church chorus, the Afro-Cuban All Stars. Izzy’s mother sings and her father is a percussionist. Izzy gravitated to instruments the way other kids went for screens. When she was three years old she told her mother that she wanted to play violin. By age six she was playing piano too, and practicing two hours a day.

From a young age, Isabella knew she wanted to become a professional musician. Choosing to focus on the viola, which she did at age nine, was in part strategic. Violists are in greater demand than violinists; she’d have a better chance securing coveted seats in orchestras.

For most of Izzy’s life, the value of creativity and the value of discipline were balanced harmoniously. Her musical self-expression was as encouraged as her ambition to succeed professionally. This was in large part thanks to the music school she attended, and a particular teacher, who fostered a sense of comradery among the students. That they had the same goals was seen as reason to cheer one another on.

In the later years of high school, as other students practiced for the SATs, Isabella practiced for audition. And upon graduation, she matriculated into the Boston Conservatory of Music. Izzy’s father was so proud. You will be first bilingual Latina viola player and conductor, he said.

But conservatory was a surprise. It was a hostile atmosphere unlike any she’d ever known. Here, value was measured exclusively by achievement. Competition was fierce – for positions and opportunities, and also for the attention and good favor of professors. It was fiercest among those who had the most in common – those who, in the past, Izzy would have assumed to be friends.

In conservatory Isabella felt her connection to music breaking, and also her sense of self-worth. It was a life she knew she could not endure.

There’s a wholesomeness to Isabella’s presence, as if she has just been scrubbed by sunshine and fresh air. She is not on social media much, but in the pictures that are there – posted mostly by others – she’s on mountain tops and in canoes; she’s hugged by friends, long hair curly in the rain, making goofy faces. She has a tremendous grin that illuminates her face. When she graduated from college, she wore a crown of brilliant flowers; nothing could have been more fitting.

Her demeanor – composed, relaxed – is, sometimes, a deliberate act of will.  “It’s one of the ways I handle it,” she said.

The ‘it’ she refers to is her mental health. Few, upon first meeting Isabella, would suspect that for much of her life she has contended with an intense anguish that’s been diagnosed variously as depression, anxiety, and, once, borderline personality disorder. The state of mind those labels describe has manifested in her life in various forms of self-injury.

Izzy first started seeing a counselor when she was eleven years old. Her parents sent her. They were baffled and scared – why was their daughter hurting herself? Izzy speaks of her parents’ experience, which ranges from complete incomprehension to guilt, with great sorrow.

Wrenching herself out of the conservatory after one year was an act of self-preservation and affirmation. But it was not, immediately afterwards, easy. Isabella found her way into another college and an entirely different line of study – wilderness recreation (choosing this because of the decade of summers she spent at an all-women’s wilderness camp in Canada, which had a very positive impact in her life) – but she was plagued by self-doubt. She felt keenly like a failure, and struggled with the sense that she’d disappointed her father.

That first year was very hard. There was one point when ending it all seemed best. A timely intervention by a friend is what saved her life.

Interviewing Isabella was an important reminder for me that it’s not always about the perspective you take. The world is not always transformed by a determined grip on the silver lining.

Izzy is wise; she is compassionate. She works in a health food store. She exercises. She stands on mountains and takes deep breaths. She holds animals close and they, with the pure knowing of animals, let her know how she’s doing. Izzy does as it’s recommended to do. And still she has to cope with thoughts so painful that, “I’d not wish this on anyone,” she said – and it’s not meant glibly.

Shifting our interpretation of things – whether by intellectual exercise or through experiences – changes the world. But there are limits. The glass we gaze through is colored by chemistry that, to some degree, is beyond the scope of will or willingness to change. Yes, that chemical identity is fluid. And yes, it responds in ways both predictable and unique to experiences taken and had. And yes, labels can do as much to confuse as to clarify. All that being said, however, my talk with Izzy reminded me that, sometimes, for some of us, even the very sunniest side of the street is dark.

Isabella is now four years past the conservatory experience. She has re-found her love for playing music. The internal critic is still there, but toned down to mostly-useful input.

She’s found a medication that works for her, too. It brings her levels of serotonin to what’s considered normal. It’s working, and she’s very grateful for it.

Izzy has had reason to think a lot about concepts of normal and judgements of value. Beauty, she explained, she sees as an inherent quality. It’s there in every person’s authentic self. Sometimes modification – whether that be chemically, or through adornment, or by hard work and achievement – is how that beauty is expressed. But other times efforts to improve ourselves, and the judgments associated with the process, just obscures what is, in fact, already perfect in all its mysterious imperfection. 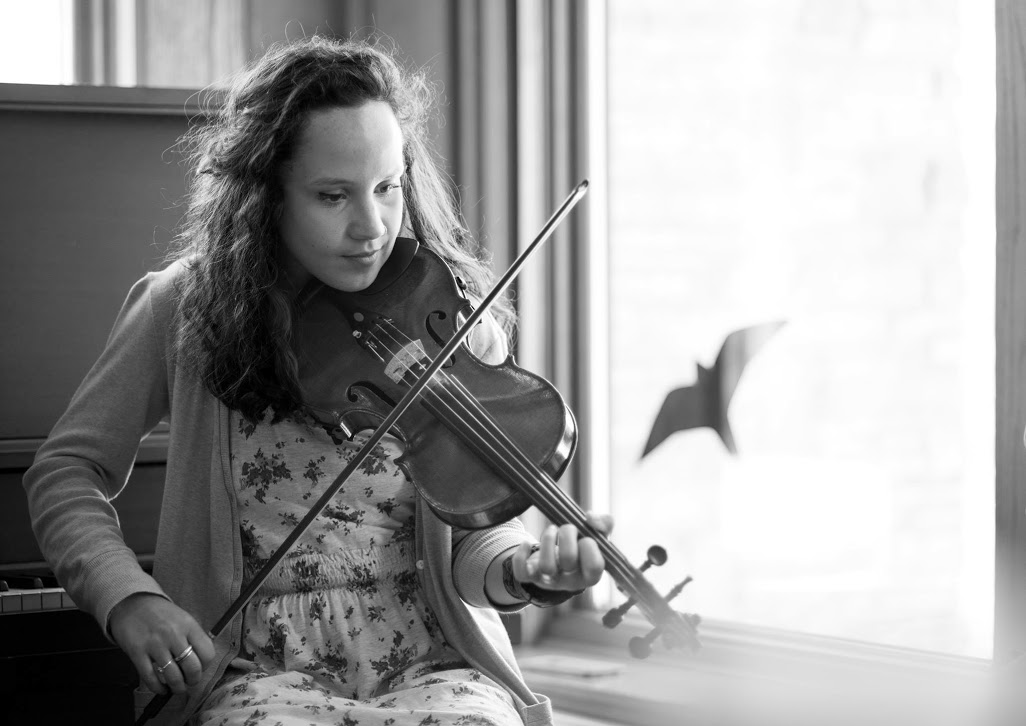 4 thoughts on “Frame of Mind: An Interview with Isabella Padrón”