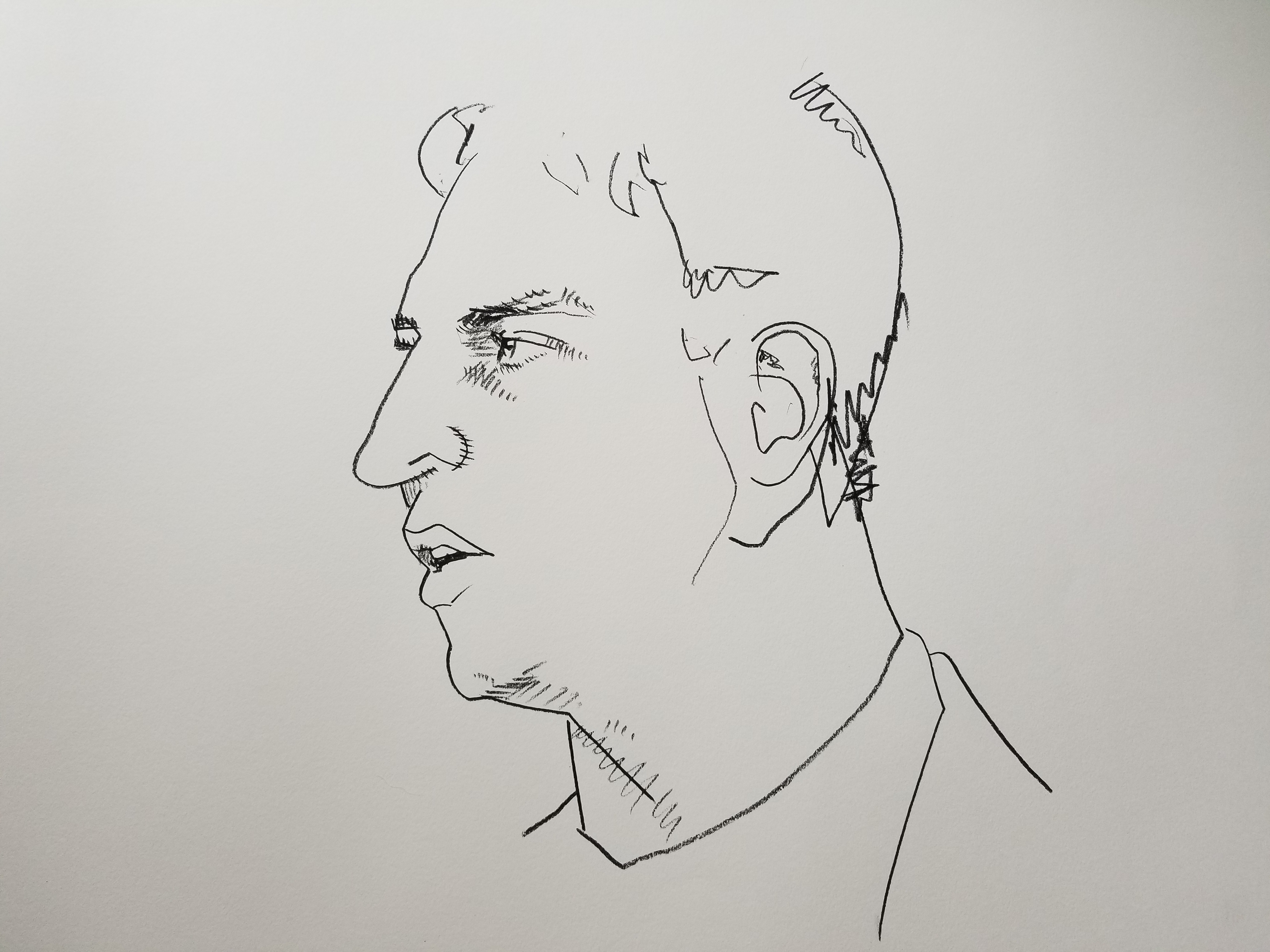 On a late summer night, in a dark basement bar somewhere in lower Manhattan, a handsome magician does a card trick for a cluster of young women. They are awed.

Then, “Do you want to know how it’s done?” he asks, cheerfully breaking the thrall. “What’s actually happening is –” “No no!” Some of the audience protest. “Don’t ruin it!”  They shield their eyes and move away. But others in the group draw in closer, wanting to learn, indeed, how it was that they were duped.

For Alex Stone, that magician so eager to pull the proverbial curtain back and reveal the nuts and bolts of illusion, the best magic tricks are even more interesting, not less, when one understands how they are done. This is because much magic relies on the manipulation of fundamental workings of the human brain: the physiological mechanics and psychological principles that govern how we perceive, and make sense of, the world.

As he puts it in his memoir Fooling Houdini: Magicians, Mentalists, Math Geeks, and the Hidden Powers of the Mind (Harper, 2012), “Magic, at its core, is about toying with the limits of perception. And as any neuroscientist will tell you, one can learn a lot about the brain by studying those bizarre moments wherein it succumbs to illusion.”

Magicians often exploit the fact that, much as we may convince ourselves otherwise, we humans cannot divide our attention to more than one place at a time. Our attention is like a beam of light. We may move it very quickly, but in order for us to register something consciously, our brains must mute out the multitude of other sensory information streaming in all the time. This ability to dim the cacophony and focus on what’s important in any given split second is essential to our survival – but it’s a mechanism that leaves us vulnerable, too. As has been demonstrated by experiments in laboratory settings (most astonishing the famous intruding gorilla) the mere act of paying attention to something leaves us amazingly blind to the rest of the world. The success of many magicians – and that of pick pocketers – depends on a deft diversion of our attention, such that we are blind – in our brains – to the movement of objects literally right beneath our noses, or the sensation of watches removed from our wrists.

“Memory is attention in the past tense,” Alex explained in a speech at the Idea Festival a few years ago. The mechanisms of memory makes it another area open to manipulation. This too has been shown in scientific experiments: the act of imagining something – that is, focusing the attention of our mind’s eye – is sufficient to create a memory that is indistinguishable from a memory formed after actually having witnessed something. Some magic tricks work because the magician guides the audience’s memory of what was perceived, with subtle instructions to their imagination.

It is not just the physical workings of perception, however, that illusionists take advantage of. Our assumptions, expectations, and emotions are also easily swayed and this means we are malleable even in something as autonomous and rational-feeling as making a decision. It turns out that the way a question is asked powerfully predicts the response. The same query, when asked with a positive inflection (‘are you happy?’) vs a negative one (is there anything making you unhappy?), will illicit answers that are strongly inclined towards the positive or negative, respectively. It has also been shown that people’s perception of the quality, customization, and value is determined by presentation as much, if not more, than by substance. For example, if a customer is questioned deeply about her personal preferences and unique needs she will find the product then delivered to be uniquely fit to her tastes, regardless of if it was or not, and even whether or not she would have liked it if there had been no questioning. This feature of our emotional wiring – what Alex explains as our intrinsic desire to believe that we can be understood by others – is key to the effectiveness of mentalists (mind readers).

Alex’s interest in magic began when he was quite young. He was born in Wisconsin to a mother from Spain and a father from Boston and when he was eight the family moved to Texas. Alex writes and speaks often about being that misfit kid who was drawn to science and math. Doing magic was a social lubricant, and also a primary way that he and his father, a scientist in the field of genetics, bonded. Alex was the youngest child to parents who were not so young. He and his father did not watch sports or do outdoor activities together, but they did go to magic shows.

Alex went to Harvard for his bachelors and majored in English. He then moved to New York City, where he worked as an editor and writer for the magazine Discover. Doing magic – and being part of the huge magician culture he discovered – was a consuming passion. What fascinated Alex most though was the neuroscience, psychology, and mathematical principles that made magic tricks possible (not all tricks – but the ones Alex finds most compelling are those that both require skill and dexterity, and have what he calls an “elegant” explanation). On his own he accrued a substantive education in studies of the brain, and he also enrolled in Columbia University for a graduate program in physics.

Eventually, Alex ran afoul with some factions of the magic community for his readiness to reveal how magic tricks were done. But from Alex’s perspective it’s worth it, because of all that’s gained from seeing what underlies illusion. Understanding how we can be fooled can make us not only more savvy to the techniques of marketers and politicians, but also, as Alex said in a 2012 interview, “Magic can make us more humane.” To understand the human brain – and to see how in the very construction of our mechanisms for perception and our sensibilities as a social animal we are susceptible to being manipulated, could make us more discerning in our judgments of others, and more compassionate to those who fall prey. “Knowing our own weakness is way of being strong,” Alex said.

What, though, of this almost instinctive flinch to shield our eyes from the facts? If the truth has so much to recommend it, why is it sometimes such a hard sell?

Part of why we surrender to illusions – both in magic shows and in schemes less benign – is that they offer us narratives of the world, and our lives, and existence, that have deep, even subconscious, appeal. Magic tricks represent the fulfillment of very basic human yearnings. That which is constrained, escapes; that which is broken becomes whole; the heavy becomes weightless; and what was empty is filled. The magician makes it all happen, effortlessly.

These are fictions that we want be fact. We want to believe there are powers out there that can transform our fervent wishes into reality. We want, in short, to believe in magic.

When I met Alex years ago – one of the baffled co-eds in the Manhattan bar – I did want to know what accounted for the impossible movements of cards and coins that he demonstrated. But I also sympathize with those who did not want to know. Yes, much is gained when we see how our minds and brains work – and how we bumble forward shrouded in brain-blindness and swayed by every emotional tug. But is something not lost, too?

Experiences of the mystical, superhuman, and unknowable have transformed many lives for the better. And belief in a redeeming logic to existence, or in powers of justice and mercy larger than humankind, or in true love, or the souls of the departed, or spirits in nature, or in a sense of fate – such beliefs account for some of the best and most noble of our behaviors.  If we come to know our experience of the world as so many subjective perceptions, spun out from brilliantly constructed but ultimately pedestrian actions of cells and molecules blindly doing what millennia of evolutionary design dictate – do we lose all that? Do we lose faith?

When I posed some version of this question to Alex, it seemed for him almost a non-issue. Tip into the scientific study of the natural world and the mathematical and physical laws that account for it – and it is impossible not to be awestruck and humbled at the complexity and perfection of what we do know, and the vastness of the not-yet-known. What is possible surpasses what one can imagine, literally. The more you know of how things really are, the more incredible reality becomes. Science and math offer just as many opportunities to be overwhelmed and uplifted as any other encounter with the superhuman.

Understanding how our minds work does not change them from working as they do. Knowing only makes us more aware, and potentially more in control. As such, perhaps we can better become both the magician and the audience, in our own lives. Perhaps, if we consciously direct our attention, guide our emotions, and manage our assumptions and expectations – perhaps we will be astounded by what we can conjure.

Alex now lives in NYC with his fiancée and is working on his second book, which is about marijuana.

An article Alex wrote about how our choices can be manipulated.

One thought on “Seeing What We Dont See: Interview with Magician Alex Stone”